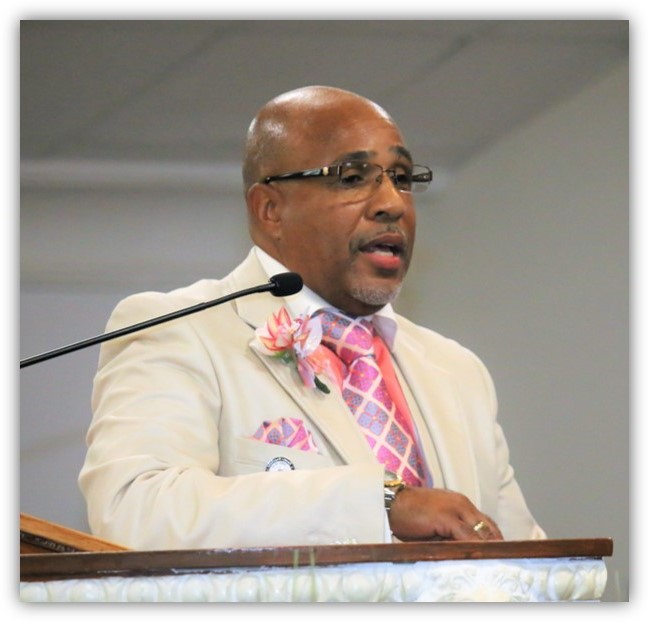 Pastor Percy L. Thompson is a founding member of Greater Sweethome Missionary Baptist Church and led efforts to establish the business infrastructure of this church.  Since February 11, 1995, he has served Greater Sweethome Missionary Baptist Church with distinction in several leadership roles.  He has made significant contributions to the overall health and wealth of our church.  Also, his church leadership and management experience prepared him well to lead our church to see, understand, and achieve God’s mission, vision and divine purpose.  He served as associate minister, deacon, male chorus president and director, music department head, and church treasurer.  He accepted Jesus Christ as Lord and Savior at age 12 and has been working for the Lord ever since.  His favorite scripture is Philipians 4:13 which says, “I can do all things through Christ which strengtheneth me.”

He was born and raised in Canton, Mississippi and has five brothers and one sister.  He earned a Bachelor of Science degree in Industrial Technology (majored in electronics technology) from Jackson State University and a Master of Business Administration (MBA) degree from Texas Christian University.  Pastor Thompson accepted his call by God as Pastor of Greater Sweethome Missionary Baptist Church on June 16, 2013.  Pastor Thompson is a highly decorated retired military officer.  He is a graduate of the Squadron Officer School and Air Command and Staff College, Air University in Montgomery, Alabama.  He served 25 years in the Air National Guard within the logistics career field and retired in August 2006 as the Squadron Commander (Lieutenant Colonel) of the 136th Aerial Port Squadron, and Interim Commander of the 136th Civil Engineer Squadron, Fort Worth, Texas.  Although retired, he still upholds the Air Force’s core values, “Integrity First, Service Before Self, and Excellence in all We Do.”